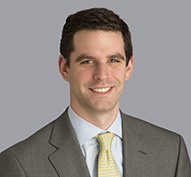 Jeffrey S. Rosenberg is an associate in the Washington, D.C. office of Gibson, Dunn & Crutcher.  He practices in the firm’s Litigation Department with a particular focus on securities class actions and shareholder derivative actions, complex business litigation, and government enforcement matters.  He has represented a wide variety of clients in the banking, hospitality, manufacturing, defense, health care, biotechnology, food and beverage, and consulting industries in federal and state courts, investigations, and enforcement matters.  He regularly represents companies and their officers and directors in shareholder disputes such as securities class actions, derivative lawsuits alleging breaches of fiduciary duties, and challenges to mergers and acquisitions.  He also advises boards of directors and their committees in conducting internal investigations and evaluating and responding to shareholder demands.  He further represents companies in litigation and enforcement actions involving the government, principally in the securities and financial sectors.

Prior to joining the firm, and while pursuing his law degree, Mr. Rosenberg worked as a consultant providing homeland security, critical infrastructure protection, incident and emergency management, strategic and operational policy and planning, and enterprise risk management advice to public and private sector clients.