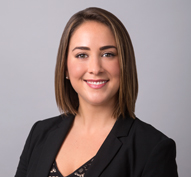 Chantalle Carles Schropp is an associate in the Washington, D.C. office of Gibson, Dunn & Crutcher.  As a member of the firm’s Litigation Department, her practice focuses on complex business and commercial litigation at both the trial and appellate levels as well as white collar criminal defense matters.

Mrs. Carles Schropp earned her law degree with honors in 2016 from Duke University School of Law, where she was named a Mordecai Scholar.  She served on the editorial board of the Journal of Law and Contemporary Problems, was the Executive Director of the Duke Law Innocence Project, and was a member of the Moot Court and Mock Trial Boards. While in law school, Mrs. Carles Schropp was a finalist in both of Duke Law’s intramural oral advocacy tournaments and competed in the Willem C. Vis International Commercial Arbitration Moot in Vienna, Austria.

Mrs. Carles Schropp is admitted to practice law in Maryland and Washington, D.C.  She is a native Spanish speaker.

University of Florida - 2009 Bachelor of Arts