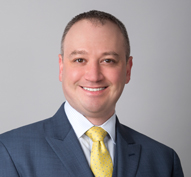 Vladimir Semendyai is an associate in the Washington, D.C. office of Gibson, Dunn & Crutcher.  He is a member of the firm’s Litigation Group, the Appellate and Constitutional Law Practice Group, and the Intellectual Property Practice Group.  Mr. Semendyai has experience in all phases of litigation, including motions practice, fact discovery, drafting claim constructions, trial preparation, trial, drafting appellate briefs, and oral argument preparation.

Prior to joining Gibson Dunn, Mr. Semendyai served as a law clerk to the Honorable Jimmie V. Reyna on the United States Court of Appeals for the Federal Circuit.  Before his clerkship, Mr. Semendyai was an associate at a global law firm where he litigated complex patent and false advertising cases relating to electronics, software, and pharmaceuticals before both trial and appellate forums.

Mr. Semendyai is admitted to practice in the District of Columbia, the State of New York, and the United States Court of Appeals for the Federal Circuit.

University of Maryland - 2005 Bachelor of Science