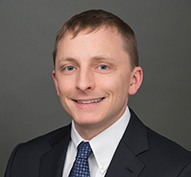 John Senior is a corporate partner in the New York office of Gibson, Dunn & Crutcher and a member of Gibson Dunn’s Investment Funds Practice Group.

Prior to joining Gibson Dunn, Mr. Senior was an associate with the firm of Munger, Tolles & Olson, where he practiced general corporate law in addition to fund formation matters. Before attending law school, he served for several years as a foreign service officer with the U.S. State Department, including diplomatic postings in India and Bulgaria, and as a U.S. negotiator in the United Nations Security Council. He holds the State Department’s Superior Honor Award and the American Foreign Service Association’s Sinclaire Award.

Mr. Senior is admitted to practice in New York and California.  He speaks English, Spanish and Bulgarian.