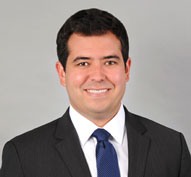 Blake Shinoda is an associate in the Los Angeles office of Gibson, Dunn & Crutcher.  He currently practices in the firm’s Litigation Department.

Mr. Shinoda previously served as a law clerk to the Honorable Carolyn Dineen King of the United States Court of Appeals for the Fifth Circuit.  Mr. Shinoda earned his law degree in 2014 from the University of Southern California Law School, where he received the Law Alumni Award (highest GPA in graduating class).  While in law school, he served as Editor-in-Chief of the Southern California Law Review.  He earned his Bachelor of Arts degree in Economics from the University of California, Berkeley.

Mr. Shinoda is admitted to practice in the State of California.