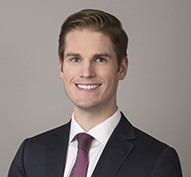 Jason H. Smith is a senior associate in the Washington, D.C. office of Gibson, Dunn & Crutcher.  He is a member of the White Collar Defense and Investigations Practice Group and focuses primarily on white collar defense, corporate compliance, and securities enforcement.  Mr. Smith has particular experience representing multinational corporate clients in government investigations, including before the Department of Justice, Securities and Exchange Commission, and other regulatory and enforcement agencies.  He has advised clients on, and conducted internal investigations involving, alleged securities and accounting fraud, the Foreign Corrupt Practices Act (“FCPA”), and other anti-corruption laws.

Mr. Smith, who is fluent in Portuguese, has represented various clients before DOJ and the SEC in connection with Brazil’s Operations Lava Jato and Carne Fraca.