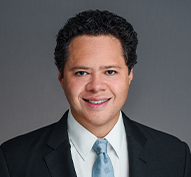 Brendan Stewart is of counsel in the New York office of Gibson, Dunn & Crutcher and is a member of the White Collar Defense and Investigations, FDA and Health Care, False Claims Act/Qui Tam Defense, and Litigation Practice Groups.  As a former federal prosecutor, his practice focuses on health care enforcement, compliance, and litigation as well as other white collar enforcement matters and related litigation.

Prior to joining Gibson Dunn, Mr. Stewart served as an Assistant Chief in the Fraud Section of the U.S. Department of Justice’s Criminal Division where he oversaw a unit of health care fraud prosecutors in the Eastern District of New York from 2017 to 2021.  As a senior prosecutor and supervisor, his responsibilities at DOJ covered a wide range of areas central to the health care and life sciences industries, including health care providers and companies in the pharmaceutical, medical device, genetic and diagnostic testing, biotechnology, and telemedicine fields.  Mr. Stewart led numerous complex investigations—in coordination with the U.S. Attorney’s Office, the FBI, the Department of Health and Human Services’ Office of Inspector General, State Attorneys General, and other federal and local law enforcement agencies—focusing on potential violations of federal statutes barring health care fraud and false medical statements, the federal Anti-Kickback Statute, the False Claims Act, and the Federal Food, Drug and Cosmetics Act, as well as identity theft and other crimes.  A federal prosecutor since 2012, Mr. Stewart has tried complex fraud cases before juries across the country, including in New York, California, Michigan, and Florida.

Before his government service, Mr. Stewart practiced for over eight years at another major, international law firm, where he represented individuals and corporations in civil and criminal matters relating to the Foreign Corrupt Practices Act, health care fraud, insider trading and other violations of the federal securities laws, and accounting fraud.  He also conducted internal investigations and corporate risk assessments, and he has counseled clients on internal compliance matters with respect to health care fraud and abuse, and anti-corruption and anti-money laundering practices and procedures.

Mr. Stewart received his undergraduate degree from Princeton University and is a graduate of Columbia University School of Law where he was a member of the Columbia Law Review and a Harlan Fiske Stone Scholar.