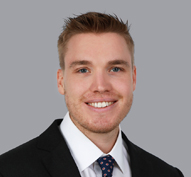 Michael Stewart is an Australian-qualified associate in Gibson, Dunn & Crutcher’s Dubai office.  He is a member of the firm’s Dispute Resolution Group.

Mr. Stewart has a broad range of experience in complex commercial litigation, including breach of contract, award enforcement, employment, injunction and judicial review matters.  He has also represented ‘blue-chip’ clients in domestic and international arbitrations, including in insurance and construction disputes.

Mr. Stewart graduated from the University of Western Australia with a Bachelor of Laws (first class honours) and a high-distinction average in his secondary degree, Bachelor of Arts (Economics).  In his final year he was awarded a Jean Rogerson Studentship, which goes to the top five law students in an honours class.  He was also awarded subject prizes in Intellectual Property and Business Economics.

After graduating, Mr. Stewart spent two years working as the Associate to Carmel McLure AC, QC, who was then the President of the Supreme Court of Western Australia, Court of Appeal.  Whilst there, Mr. Stewart worked on a spectrum of commercial and criminal cases, including contractual interpretation, negligence and white collar crime matters.

Prior to joining Gibson, Dunn & Crutcher, Mr. Stewart was an Associate in the Litigation and International Arbitration department of a leading international firm (first practicing in Australia and then in Hong Kong).

* Experience prior to joining Gibson Dunn.

The College of Law - Australia - 2016 Graduate Diploma in Law