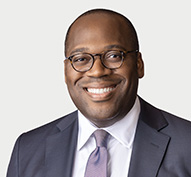 William K. Stone is a litigation associate in the New York office of Gibson, Dunn & Crutcher.

Mr. Stone received his Juris Doctor in 2017 from Yale Law School, where he served as an Articles Editor of the Yale Law Journal. Before law school, he worked as a high school English teacher and earned a Master of Science in Education degree from the University of Pennsylvania Graduate School of Education in 2014. He received his Bachelor of Arts degree in English with honors from Yale College in 2012.

Mr. Stone is admitted to practice in the State of New York, the U.S. District Court for the Southern District of New York, and the United States Court of Appeals for the Third Circuit.

University of Pennsylvania - 2014 Master of Education