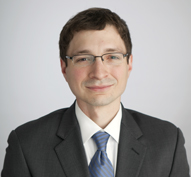 Christopher W.H. Sullivan is of counsel in the Washington, D.C., office of Gibson, Dunn & Crutcher.  He practices in the firm’s Litigation Department and is a member of the White Collar Defense and Investigations Practice Group.  His practice focuses on white collar criminal defense, internal investigations, and corporate compliance.

Mr. Sullivan has significant experience representing clients in government investigations and compliance monitorships.  He has represented clients in a variety of areas, including False Claims Act, Foreign Corrupt Practices Act, and OFAC matters, before the Department of Justice, Securities and Exchange Commission, and other enforcement authorities.  Mr. Sullivan has conducted internal investigations regarding potential corruption, False Claims Act, and other white collar issues.  He regularly advises corporations on the structure and effectiveness of their anti-corruption compliance programs.  Mr. Sullivan also has significant World Bank enforcement experience, working on behalf of clients under investigation by the World Bank Integrity Vice Presidency and assisting companies already subject to World Bank sanction.  In addition to his work for clients, Mr. Sullivan has held a leadership role in a major FCPA compliance monitorship.

Mr. Sullivan is a member of the bars of the District of Columbia and Ohio.