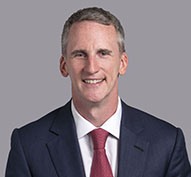 Jeff Sullivan is a U.S. and English qualified King’s Counsel and partner in the London office of Gibson, Dunn & Crutcher, where he also serves as Co-Chair of the firm’s International Arbitration Practice Group. Mr. Sullivan represents clients in both commercial and investment treaty arbitrations, as well as all aspects of public international law. Mr. Sullivan also regularly sits as arbitrator.

Mr. Sullivan’s practice has a particular focus on disputes arising in the energy, extractive industries and infrastructure sectors. His experience includes handling disputes arising out of long-term supply agreements, concession agreements, production sharing and operating agreements, joint venture agreements, EPC and other construction agreements. Mr. Sullivan has also acted as counsel and lead advocate in more than 30 bilateral investment treaty and Energy Charter Treaty arbitrations. He has advised States in Europe, Central Asia and the Middle East on the negotiation and drafting of trade and investment treaties.

Mr Sullivan’s recent representations include advising a US company in a US $4 billion ICC arbitration arising out of an Middle Eastern infrastructure project; acting for an Asian government in an UNCITRAL arbitration in a US $750 million commercial dispute with a concessionaire in a transport project; acting for 25 different international investors in renewable energy projects in 10 separate ICSID and UNICTRAL arbitration claims against the Kingdom of Spain under the Energy Charter Treaty involving claims in excess of US $2.5 billion; and a Cypriot company in two parallel LCIA arbitrations with the amount in dispute in excess of US $2.2billion.

He is consistently ranked as a leading individual by the major legal directories, including Chambers & Partners and Legal 500. Chambers UK and Chambers Global 2022 describe him as “excellent – he’s a really good advocate” and “a fantastic lawyer who is calm, smart and strategic. His ability to understand what the client needs is terrific”. Chambers UK 2021 describe him as “truly excellent in investor-state arbitration. He’s extremely practical, very effective and knows how to get results” and “very strong lawyer who is very client-friendly”. Chambers Global 2021 noted that he is “extremely calm, unflappable and deliberate,” as well as “an extremely focused, strong advocate who captures your attention. He’s an impressive individual”. Chambers UK 2020 noted his “ability to grasp the essentials of a complex matter and very impressive tactical skills”. Chambers UK 2019 described him as “very communicative and very thorough, with a knowledge of arbitration that was second to none” and “a consummate professional and has an unbelievable command over his cases”. He is also ranked in Best Lawyers UK 2023 for International Arbitration and Lawdragon 500 Global Litigation 2021 for International Arbitration and Litigation.

University of Florida - 1996 Bachelor of Arts