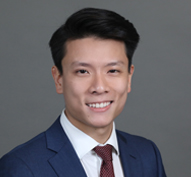 Zach ZhenHe Tan is an associate in Gibson, Dunn & Crutcher’s San Francisco office.  He is a member of the firm’s Litigation Department, where he advises clients on a wide range of federal and state court issues.  He is involved in complex cases in various subject areas including consumer class actions, challenges to agency administrative action, and technology law.

Mr. Tan remains committed to pro bono service at Gibson, where he regularly drafts amicus briefs for pro bono clients, including briefs on behalf of immigration law scholars before the U.S. Supreme Court and for the Giffords Law Center to Prevent Gun Violence before various federal courts across the country.

Mr. Tan is admitted to practice law in the State of California.