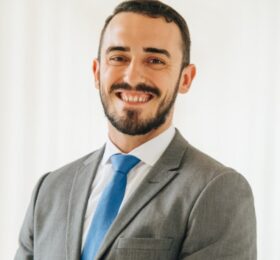 Christopher Trafford is an associate in the New York office of Gibson, Dunn & Crutcher and a member of Gibson Dunn’s Real Estate Practice Group.

Mr. Trafford received his Juris Doctor, cum laude, in 2020 from Fordham University School of Law, where he was an editor of the Fordham Urban Law Journal and served as an extern to both the Honorable Gary S. Katzmann of the U.S. Court of International Trade and the Honorable Stewart D. Aaron of the Southern District of New York.  He also worked as a Research Assistant and Contracts Teaching Assistant for Professor Susan Block-Lieb, with focuses on sovereign debt and international law and policy.  Before law school, Mr. Trafford served in the United States Army from 2011-2017 as a Psychological Operations Specialist.  He received his Bachelor of Arts in English from the University at Albany, State University of New York, in 2014.

Prior to joining Gibson Dunn, Mr. Trafford was an associate in the New York office of Cadwalader, Wickersham and Taft LLP.

Mr. Trafford is admitted to practice law in the State of New York.