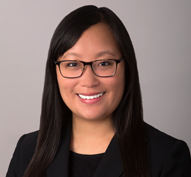 Allison K. Turbiville is an associate in the Washington, D.C. office of Gibson, Dunn & Crutcher.  Ms. Turbiville practices in the firm’s Litigation Department and is a member of the Appellate and Constitutional Law practice group.  She has briefed cases in the Supreme Court of the United States and a number of other federal courts.

Prior to joining Gibson Dunn, Ms. Turbiville served as a law clerk to the Honorable Neil M. Gorsuch of the United States Court of Appeals for the Tenth Circuit.  She also practiced at another major international law firm, where she focused on appellate litigation.

Ms. Turbiville is admitted to practice law in Washington, D.C. and New York and numerous federal courts, including the United States Courts of Appeals for the Second, Fifth, Ninth, Tenth, Federal, and D.C. Circuits and the U.S. District Court for the District of Columbia.