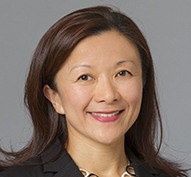 Cristina Uy-Tioco is an of counsel in Hong Kong. She is a member of the firm’s Corporate Department and its Global Finance and Energy & Infrastructure Practice Groups.

Ms. Uy-Tioco’s practice is focused on the energy and infrastructure sectors where she has done several project development and financing, as well as M&A, deals.   She has over 20 years experience advising on Philippine power and infrastructure projects and representing various players in the industries, including project companies, lenders, insurers, contractors and government entities.  She advised First NatGas Power Corp. in the development of the 414 MW gas-fired power plant in Batangas, Philippines; First Gas Power Corporation and FGP Corp. in the refinancing and operation of the 1,000 MW and 500 MW CCGT power projects, respectively; the syndicate of lenders led by K-EXIM and ADB in the financing of KSPC’s 200 MW coal-fired power plant in Cebu,  Philippines; CBK Power Company Limited (CBK) in the operation of its 725 MW hydropower plant in Laguna, Philippines, as well Industrias Metalurgicas Pescarmona, S.A. in the sale of its interests in CBK to Electric Power Development Company and Sumitomo Corporation (which deal won best Asian project finance deal award); and Mirant Corporation in the sale of its interests in the Sual, Pagbilao and Ilijan power projects to Tokyo Electric Power Corporation and Marubeni Corporation (which deal was awarded Deal of the Year by Asian Counsel).

Ms. Uy-Tioco gained her Master of Laws from Georgetown University Law Center in 2001, her Juris Doctor (Second Honors) from Ateneo de Manila University School of Law in 1995 and her Bachelor of Science (Economics) degree from the University of the Philippines in 1989.  She is admitted to practice in both New York and the Philippines and is fluent in English and Filipino.

*Matters worked on by Ms. Uy-Tioco prior to joining Gibson Dunn in July 2014

University of the Philippines - Diliman - 1989 Bachelor of Science