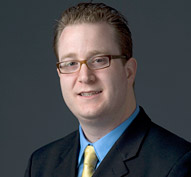 Mr. Weiss has represented clients, both plaintiffs and defendants, in numerous jurisdictions in high-stakes cases.  Mr. Weiss has litigated in federal, state and territorial courts throughout the United States, as well as before several arbitration organizations.  Mr. Weiss has participated in more than a dozen trials, arbitrations and administrative proceedings.

Mr. Weiss served as a law clerk to the Honorable Virginia A. Phillips in the U.S. District Court, Central District of California, Riverside, from 2005 to 2006.

Mr. Weiss is admitted to practice law in the State of California.

University of Arizona - 2002 Bachelor of Science