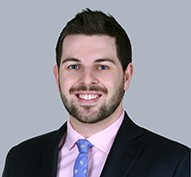 Ryan Whelan is an associate in the Dubai office of Gibson, Dunn & Crutcher. He is a member of the firm’s Litigation and International Arbitration groups. Ryan was voted LexisNexis Legal Personality of the Year (2020) and is the AllBright ChangeMaker Man (2020). He has also been recognised in the Financial Times Innovative Lawyers list (2019, Europe) and as the Law Society Gazette’s Lawyer in the News (2019) and The Time’s Lawyer of the Week (2018).  Legal 500 UK (2021) notes that “Ryan Whelan is an up and coming star, with a strong arbitration practice of his own”.

Mr. Whelan has a broad international practice that includes infrastructure, energy and investment disputes. He is particularly experienced in advising and representing clients in connection with disputes relating to major capital projects. Mr. Whelan has experience of litigation in the Court of Session, Scotland, the High Court, London and the DIFC Courts, Dubai. He has also acted in arbitrations under a variety of governing laws and institutional rules, including the ICC, LCIA, SIAC, ADCCAC and DIAC rules. In addition to his disputes practice, Mr. Whelan advises on legal strategy and the management of risk on major projects. Recent advisory representations include acting as Project Counsel on a multi-billion dollar transport development in Asia.

Mr. Whelan graduated from The University of Aberdeen, receiving the Cruickshank Prize for graduating top of his class with First Class Honours. In his Senior Honours year Mr. Whelan was elected to serve as the President of the Law Society. He also founded the award winning Aberdeen Law Project, a pro bono organisation that educates, represents and advises the economically disadvantaged.

Mr. Whelan’s contribution to pro bono in Scotland led to him being selected to run with the Olympic Torch ahead of the London 2012 Olympic Games. His pro bono work on the Gina Martin upskirting campaign has been commended in both the House of Commons and the House of Lords. He has also received several prestigious pro bono awards, including one from the Attorney General of England & Wales and the Gibson Dunn Frank Wheat award (2019). Mr. Whelan’s work was also in 2019 shortlisted for The Lawyer Awards Pro Bono initiative of the year.

Mr. Whelan has lectured and published on a number of topics, including arbitration, construction disputes, access to justice, energy and defamation law issues. He is a visiting lecturer on the LLM in construction law at Strathclyde University and lectures on an ad hoc basis at the University of Aberdeen. Mr. Whelan’s work in the field of defamation law has been cited with approval by the Scottish Law Commission and he has also (on various topics) written for the Edinburgh Law Review, Juridical Review, The Lawyer, Spectator, Construction Week and Secret Barrister.

Prior to joining Gibson Dunn, Mr. Whelan trained and practised with a leading international law firm. He was for a time seconded to the legal team of BP in London.