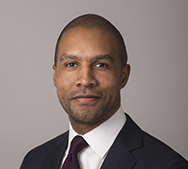 Chris Wilson is Of Counsel in the Washington, D.C. office of Gibson Dunn & Crutcher LLP.  He is a member of the firm’s Antitrust and Competition Practice Group.

Mr. Wilson is also active in the Antitrust Section of the American Bar Association, serving as Vice Chair of the Transportation & Energy Industries Committee.  He is also a member of the Section’s Health Care and Pharmaceuticals Committee, and is a frequent participant in ABA webcasts and presentations.

Prior to joining the firm, Mr. Wilson was a trial attorney in the Transportation, Energy & Agriculture Section of the U.S. Department of Justice – Antitrust Division.  During his tenure, Mr. Wilson played a prominent role in numerous high-profile matters, and he received the Antitrust Division’s Award of Distinction on two separate occasions.  Before joining the Department of Justice, Mr. Wilson was an associate in Gibson Dunn’s Dallas office.

He is a graduate of Columbia Law School, where he was a Harlan Fiske Stone scholar, and was an editor on the Columbia Business Law Review.  He holds a B.A. in Economics from New York University.

Mr. Wilson is admitted to practice in California, Texas, and the District of Columbia.

His representative publications and speaking engagements include: