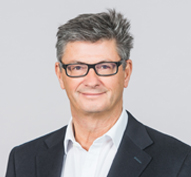 David Wood is an English and Belgian qualified partner in the Brussels office of Gibson, Dunn & Crutcher and serves as Partner-in-Charge of the Brussels office and co-chairs the Firm’s Antitrust and Competition Practice Group. He has lived and worked in Brussels since 1991.

Prior to joining Gibson Dunn, Mr. Wood spent 10 years at the antitrust enforcement division of the European Commission (DG Competition), including positions as Head of the Financial Services Unit and Acting Head of the Media Unit. He is one of the few lawyers in private practice to have held senior positions in the European Commission, and brings his clients both deep experience of European antitrust enforcement, and offers practical solutions into how to manage risk and avoid problems.

University of Sussex - 1983 Bachelor of Arts