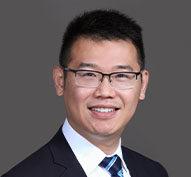 Patrick (Yunpeng) Xiong is an associate in the San Francisco office of Gibson, Dunn & Crutcher, where he currently practices in the firm’s Corporate Department.

Mr. Xiong earned his J.D. from the University of California, Berkeley, School of Law in 2021, where he received the Jurisprudence Award in Contracts and the Prosser Prize in Venture Capital Finance. While in law school, he served as an Executive Editor of the California Law Review. He also served as a judicial extern to the Honorable Susan Illston of the United States District Court for the Northern District of California and to the Honorable Gregory H. Woods of the United States District Court for the Southern District of New York.

Prior to joining Gibson Dunn, Mr. Xiong was a corporate associate in the Bay Area office of Kirkland & Ellis.

Mr. Xiong is admitted to practice law in the State of California.