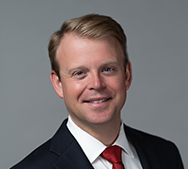 Fred Yarger is a partner in the Denver office of Gibson, Dunn & Crutcher, where his practice focuses on complex litigation in trial and appellate courts, including cases involving administrative law and regulatory matters. Before joining the firm, Mr. Yarger served as Solicitor General for the State of Colorado, one of the three senior leaders in the 450-person Department of Law. In that role, his primary responsibility was to lead or oversee the most challenging and high-profile trial and appellate litigation facing the state. Mr. Yarger has argued multiple merits cases and filed dozens of briefs before the United States Supreme Court, and many of his cases have received intense national media attention.

In 2018, Law Week Colorado named Mr. Yarger one of the “Top Litigators” of the year, and the Denver Business Journal recognized him as a “Who’s Who in Energy” for his experience litigating issues affecting the oil and gas industry. He is a three-time winner of the National Association of Attorneys General “Best U.S. Supreme Court Brief” award, which the Colorado Attorney General’s Office had not won before his tenure. He also received two “Exceptional Performance” awards from the Colorado Attorney General.

Earlier in his legal career, Mr. Yarger served as Assistant Solicitor General in the Colorado Attorney General’s Office, was an associate at Gibson Dunn’s Denver and Washington, D.C. offices, and clerked for Judge Mark R. Filip of the U.S. District Court for the Northern District of Illinois and now-Chief Judge Timothy M. Tymkovich of the U.S. Court of Appeals for the Tenth Circuit.

Mr. Yarger is admitted to practice law in the State of Colorado, in the District of Columbia, and in numerous federal courts across the country. He is a member of the Colorado Supreme Court Standing Committee on the Rules of Professional Conduct, serves as the Vice President of the Tenth Circuit Historical Society, and is a frequent presenter on regulatory law, appellate practice, and constitutional law.

Client Alert - May 1, 2020 | Colorado’s Sweeping Oil and Gas Law: One Year Later
Article - September 13, 2019 | What To Consider Before Filing For A Rule 57 Speedy Hearing
Firm News - August 15, 2019 | Gibson Dunn Lawyers Recognized in the Best Lawyers in America® 2020
Client Alert - April 26, 2019 | Colorado Passes Sweeping New Law to Alter the State’s Oil and Gas Regulatory Framework
Firm News - December 8, 2018 | Beau Stark and Fred Yarger Named to Denver Business Journal’s Who’s Who in Energy
Top
This website uses cookies to provide analytics on user traffic. By continuing to browse our website, you consent to our use of cookies as set forth in our Cookie Policy. However you may visit Cookie Settings to customize your consent.
Cookie SettingsACCEPT
Privacy & Cookies Policy