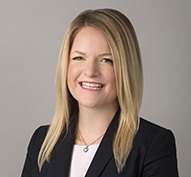 Kaitlin B. Zumwalt is an associate in the Washington, DC office of Gibson, Dunn & Crutcher. Ms. Zumwalt focuses her practice on antitrust mergers and acquisitions, and she regularly represents clients before the Department of Justice’s Antitrust Division and the Federal Trade Commission. Ms. Zumwalt also has experience in antitrust litigation and environmental and mass tort litigation, and she proudly maintains an active pro bono practice.

Ms. Zumwalt was named by Best Lawyers as “One to Watch” in Antitrust Law (2021, 2022). She also served as an ABA Antitrust Law Section Young Lawyer Representative for the Advertising Disputes and Litigation Committee (2019–2020).

Prior to joining Gibson, Dunn & Crutcher, Ms. Zumwalt served as a law clerk to Chief Judge Thomas A. Varlan in the United States District Court for the Eastern District of Tennessee. Ms. Zumwalt received her Juris Doctor in 2015 from the University of Virginia School of Law, where she served as the Senior Review Editor for the Virginia Law & Business Review. While in law school, Ms. Zumwalt was awarded the Daniel Rosenbloom award, which is bestowed upon a third-year student who significantly enhanced the academic experience of other law students. In 2010, she earned her Bachelor of Arts degree in Political Science from Boston College.

Ms. Zumwalt is admitted to practice in California and the District of Columbia.