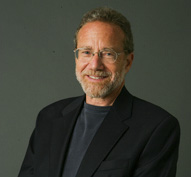 Dennis B. Arnold is a partner in the Los Angeles office of Gibson, Dunn & Crutcher.  A member of the firm’s Real Estate Department, Global Finance Group, and Business Restructuring and Reorganization Group, he has had extensive experience in all aspects of commercial and residential real estate and finance, as well as workouts, bankruptcies and debt restructurings.  Mr. Arnold is a nationally recognized expert in real estate, finance, insolvency and commercial law, including significant expertise in Uniform Commercial Code remedies and mezzanine loan foreclosures and unparalleled expertise in mortgage remedies and foreclosures.  Mr. Arnold’s primary areas of concentration include real estate, banking, workouts, bankruptcy, debt restructure and finance (especially Articles 3, 5 and 9 of the Uniform Commercial Code).  He is also a noted authority on California’s “one action” and “anti-deficiency” laws and successfully briefed and argued the seminal Wozab, Western Security Bank and Union Bank v. Dreyfuss cases before the California Supreme Court.  Mr. Arnold is also a recognized authority on secured transactions, the law of guaranties and letters of credit.

Mr. Arnold has been ranked in the first tier of real estate lawyers by Chambers USA for many years.  In 2016 and 2017, he was featured in the Who’s Who Legal listing for Real Estate Law, which recognizes outstanding practitioners in various practice areas.  In 2013, he was named by The Real Property Law Section of the State Bar of California as the first ever “Real Property Person of the Year”.  For decades, Mr. Arnold has been recognized in Best Lawyers in America for Banking and Finance Law, Bankruptcy and Creditor Debtor Rights, Insolvency and Reorganization Law, and Real Estate Law.  Best Lawyers also named Mr. Arnold as “Lawyer of the Year” in Los Angeles for Real Estate in 2010 and for Banking and Finance in 2018.  The Los Angeles County Bar Association’s Real Property Section honored him with its Outstanding Real Estate Lawyer Award in 2009.