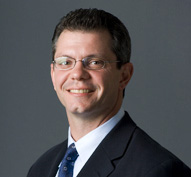 J. Keith Biancamano is a partner in the Los Angeles office of Gibson, Dunn & Crutcher.  He is a member of the firm’s Corporate Department.

Mr. Biancamano has broad experience in mergers and acquisitions, venture capital, private equity and corporate securities matters.  His practice includes both domestic and international transactions, including cross border transactions.  Mr. Biancamano has particular experience in dealing with State-owned and State-controlled enterprises.   Clients and targets include corporations, LLCs, partnerships and other entities.  He represents both public and private companies (including venture backed companies) across multiple industries including internet, energy, marketing, advertising, and direct sales.  His clients have included Yukos International, Adknowledge, Intermix Media (MySpace), Odyssey Partners, Wencor, Houlihan Lokey and Petroval S.A. among others.

Mr. Biancamano has been selected by his peers for inclusion in The Best Lawyers in America© from 2014 – 2022 in the field of Corporate Law.  He is a frequent lecturer on mergers and acquisitions and other corporate law topics.