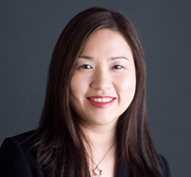 Elaine Chao is a partner in the Singapore office of Gibson, Dunn & Crutcher.  Her areas of practice include renewable energy and infrastructure projects, oil and gas, cross-border mergers and acquisitions, and general corporate/commercial transactions.  She has advised developers, investors and government agencies in connection with the development, financing, construction and operation of infrastructure and energy-related projects.

Ms. Chao has also advised various refining companies on refinery projects, including a clean fuels refinery expansion project in Singapore and a Jet Merox project in Thailand.  Other representative transactions include working on a methanol export facilities project in Brunei, on a number of wind and solar power projects in the U.S., Vietnam and Djibouti, and on various upstream oil and gas acquisitions and divestments in the Middle East and North Africa.

In addition, Ms. Chao also has some dispute resolution experience, having represented multinational corporations in commercial litigation matters and project developers in construction related arbitration proceedings earlier in her career.