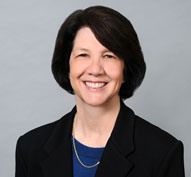 Linda L. Curtis is a partner in Gibson, Dunn & Crutcher’s Los Angeles office and a Co-Chair of the firm’s Global Finance Practice Group.  Her practice focuses on all aspects of corporate finance, including leveraged financings — with a specific focus in recent years on acquisition financings, real estate financings and investment fund financings (including subscription lines of credit).  She also represents clients in debt capital markets transactions and has experience in debt restructurings.  Ms. Curtis’ clients include public and private companies in a variety of industries, private equity funds and commercial lenders.

Representative recent transactions include the representation of:

Ms. Curtis for a number of years, including in 2021, has been ranked by Chambers and Partners as a Tier 1 Banking and Finance lawyer in California, named in The Best Lawyers in America© in the category of Banking and Finance Law, and included in Law and Politics and Los Angeles magazines as one of Southern California’s “Super Lawyers.”  IFLR1000 for several years, including 2021, has named her to its “Women Leaders” list which recognizes 750 female lawyers in the world considered to be among the best transactional specialists in their markets and practice areas.  Chambers describes her as having “incredible knowledge on the state of the debt financing market” and notes that market sources commend her “exceptional” representation of borrowers in sophisticated transactions.

Ms. Curtis received in 1987 her Juris Doctor from Stanford Law School and her Master of Business Administration degree from Stanford Business School.  At Stanford Law School, she was an Articles Editor of the Law Review.  Prior to her graduate work at Stanford, Ms. Curtis received a Bachelor of Arts in Jurisprudence from Oxford University, where she was a Newton-Tatum scholar, and an A.B. in public affairs/economics from Princeton University, where she graduated summa cum laude and was a member of the Phi Beta Kappa honor society.  After graduating from Stanford, Ms. Curtis clerked for one year for the Honorable Robert F. Peckham, who was then Chief Judge of the U.S. District Court for the Northern District of California.

University of Oxford - 1984 Bachelor of Arts