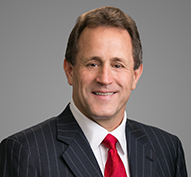 Oil and Gas Energy Mergers and Acquisitions Power and Renewables

Mr. Darden has been recognized in the following publications:

Mr. Darden is a member of the Association of International Petroleum Negotiators, in which he has served as an officer, director and committee chairman and was co-chair of the committee that developed the model form international farmout agreement.  Mr. Darden is Board Certified in Oil and Gas Law by the Texas Board of Legal Specialization and a member of the Houston Bar Association.