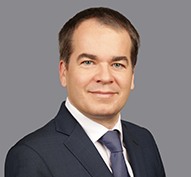 Jérôme Delaurière is a partner in the Paris office of Gibson, Dunn & Crutcher, and a member of the firm’s Tax and Real Estate practice groups.

Mr. Delaurière has significant experience in the context of complex restructuring of French subsidiaries of foreign investors, recapitalization and optimization of the use of carry forward tax losses. He is accustomed to obtaining complex tax rulings for international and French clients, notably in the context of the transfer of carry forward tax losses and transfer of headquarters. Mr. Delaurière is used to advise private equity funds in the context of management package structuring in favor of key managers and employees in an international context.

Mr. Delaurière is advising major French, European and US real estate investment funds with respect to the structuring and completion of their investments in France in the context of asset deals, share deals, VEFA agreements and property trader transactions.

Chambers Europe 2022 ranks him for Tax and clients report that Mr. Delaurière is a “very diligent tax lawyer.” Previous editions mentioned that he “has a quick and good understanding of business and sector issues. He’s great on deal structuring but also on follow-up work during holding periods of investments.” Clients also describe Mr. Delaurière as “extremely technical but very flexible,” and is valued for his “specialist knowledge” in the area. Previous editions stated that “[he] is very talented, available and creative.“

Mr. Delaurière is also recommended by Legal 500 2022, and has been described over the years as “highly recommended“ ; “highly knowledgeable“ ; “excellent and responsive“ and able to provide a “level of service beyond what a client could hope for“ by this directory. Mr. Delaurière is also recommended in the Tax Directors Handbook and Best Lawyers in France consistently. He is a member of the IACF or French Institute of Tax Lawyers.

He is fluent in English.