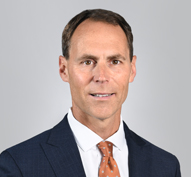 Michael Desmond is a partner in the Los Angeles and Washington, DC offices of Gibson, Dunn & Crutcher and is Co-Chair of the Firm’s Global Tax Controversy and Litigation Group.  His practice covers a broad range of federal tax matters with a focus on tax controversy and litigation.  For more than 25 years, he has represented clients before the examination divisions of the Internal Revenue Service (IRS), the IRS Independent Office of Appeals, in the United States Tax Court and in federal district courts, the Court of Federal Claims and various federal courts of appeal.

Prior to joining Gibson Dunn, Mr. Desmond served as the 48th Chief Counsel of the IRS, having been nominated by the President and confirmed by the Senate.  As Chief Counsel, he was the principal legal officer for the IRS, overseeing a staff of nearly 1,500 lawyers responsible for interpreting and providing advice on all aspects of the federal tax law.  During his tenure as Chief Counsel, the Office issued more than 100 sets of proposed and final regulations implementing the landmark Tax Cuts and Jobs Act and published dozens of guidance items implementing legislation enacted in response to, and providing other relief relating to, the COVID-19 pandemic.  The Office was also responsible for litigating nearly 25,000 cases pending in the United States Tax Court and working with the Tax Division of the U.S. Department of Justice on cases pending in other courts around the county, including before the U.S. Supreme Court.

In private practice, Mr. Desmond has been counsel of record in numerous docketed tax matters, litigating many of them to published decision.  These cover a range of federal tax issues, including application of the “property for services” rules to a contractual earn-out right; compliance with the partnership refund claim filing requirements; transferee liability; the tax treatment of partnerships holding distressed assets and debt contributed by foreign partners; interpretation of a tolling agreement in a partnership tax proceeding; fraud penalties and related adjustments; debt versus equity treatment for a partnership investment; and the valuation of customer-based intangibles.  His clients have included businesses and individuals in a wide range of industries, including real estate, financial services, publishing, technology, medical services and devices, and entertainment.

Mr. Desmond previously served as Tax Legislative Counsel at the U.S. Department of Treasury from 2005 through 2008, where he was the principal legal advisor to the Treasury Secretary and Assistant Secretary (Tax Policy) on all domestic aspects of the federal tax law other than employee benefits.  As Tax Legislative Counsel, he worked closely with the tax-writing committees in Congress to advance the Administration’s tax policy objectives and worked with the IRS to implement those objectives.  Earlier in his career, he served as a Trial Attorney in the Tax Division of the U.S. Department of Justice, where he litigated dozens of cases pending in courts throughout the western United States.  He served as a law clerk for the Honorable Ronald S.W. Lew of the U.S. District Court for the Central District of California.

Prior to serving as IRS Chief Counsel, Mr. Desmond was consistently recognized by Chambers USA: America’s Leading Lawyers for Business, The Best Lawyers in America® (2010-2019) for excellence in tax and tax controversy.  He served on the Council of the Tax Section of the American Bar Association and as Chair of the Section’s Standards of Tax Practice and Tax Shelters Committees and served as a Regent of the American College of Tax Counsel, where he was elected as a fellow in 2008.  He served as an adjunct professor at Georgetown University Law Center from 2008 through 2015 and has been a guest lecturer at law schools around the United States.

Mr. Desmond is a member of the California bar, where he is certified as a specialist in tax and is also a member of the New York bar and the District of Columbia bar.  He is admitted to practice before the U.S. Tax Court, the U.S. Court of Federal Claims, the U.S. District Courts for the Northern and Central Districts of California and the District of Columbia, and the U.S. Courts of Appeal for the Federal, Fourth, Seventh and Ninth Circuits.