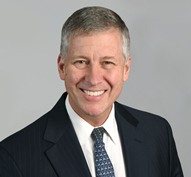 Richard J. Doren is a partner in Gibson, Dunn & Crutcher’s Los Angeles office and a member of the firm’s Executive Committee.  Mr. Doren has extensive experience in complex civil litigation across a variety of practice areas.  He has tried cases in state and federal courts around the country and has argued appeals in numerous appellate courts.  He also has extensive experience with class actions and mass actions.

The National Law Journal named Mr. Doren as one of the 20 lawyers featured in its 2017 special report on Winning Litigators.  The litigators selected “scored big victories for their clients in high-stakes cases.”  Mr. Doren has successfully tried cases involving many different issues, including, for example, healthcare, false advertising, wrongful death, personal injury, partnership disputes, insurance coverage and bad faith, wrongful termination, and the valuation of timberland.  Mr. Doren has been ranked in Chambers USA in the California – Insurance category since 2008.  In 2019, he was named as one of California’s Top 100 Lawyers by Daily Journal.