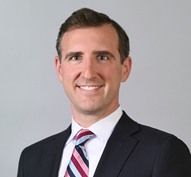 Matthew B. Dubeck is a partner in the Los Angeles office of Gibson, Dunn & Crutcher, where he practices in the firm’s Mergers and Acquisitions, Private Equity and Securities Regulation and Corporate Governance Practice Groups.  He advises companies, private equity firms and investment banks across a wide range of industries, focusing on public and private merger transactions, stock and asset sales and joint ventures and strategic partnerships.  Mr. Dubeck also advises public companies with respect to certain corporate governance matters.

In 2017, Mr. Dubeck was recognized by Law360 as a Rising Star in the area of Private Equity.  Prior to joining Gibson, Dunn & Crutcher, Mr. Dubeck was an associate with Hogan & Hartson in Washington, D.C.  He was a judicial clerk for Judge Julia Smith Gibbons of the United States Court of Appeals for the Sixth Circuit and a judicial intern for Judge Ellen Segal Huvelle of the United States District Court for the District of Columbia.