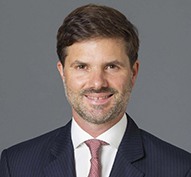 Sébastien Evrard is a partner in the Hong Kong office of Gibson, Dunn & Crutcher LLP. He is a member of the firm’s Antitrust and Competition Practice Group. Based in Asia since 2010, Mr. Evrard handles complex antitrust matters in Asia and the European Union, including merger control, non-merger investigations, and litigation. His practice also focuses on the antitrust aspects of intellectual property rights.

He has represented clients before multiple regulators in Asia and Europe, and has litigated cases in multiple jurisdictions. Recent representative matters include:

– Uber’s sale of its South East Asia business to Grab;

– A leading technology company in abuse of dominance investigations in China;

– A manufacturer of fast moving consumer goods in a cartel investigation in Taiwan; and

– Hong Kong Telecommunications in a declaratory action before the Hong Kong Court of Appeal.

Prior to joining Gibson Dunn, Mr. Evrard practiced in Brussels and Beijing with a leading international law firm. He previously had developed experience with all aspects of intellectual property (copyright, trademarks, patents, databases) and information technology (computer law, computer crime, privacy, and e-commerce).

Mr. Evrard is regularly recognized as an expert in his field by publications such as Chambers Asia Pacific, Legal 500 Asia Pacific, Who’s Who Legal and IFLR1000. Most recently, in Chambers Asia Pacific 2021, a client noted that “he has the ideal combination of a formidable legal mind together with commercial and strategic acumen.” In previous editions, clients were quoted saying he is “a pleasure to work with, and offers creative yet commercial solutions and incisive legal analysis,” and “what makes him stand out is that he really understands our business and we can totally rely on him to know what the issues at stake are.” Commenting on Gibson Dunn’s Asia Antitrust practice as a whole, another client was quoted saying, “I have been thoroughly impressed by their ability to navigate very different laws and cultural practices in Asia while offering strategic and practical advice.” Mr. Evrard is a co-author of Anti-Monopoly Law and Practice (Oxford University Press, 2011), the leading English treatise on competition law in China, and Competition Law in China: Laws, Regulations, and Cases (Oxford University Press, 2014). He also has published multiple articles related to competition, intellectual property, and information technology law. He is a frequent speaker at international conferences.

Mr. Evrard gained his LL.M. from Columbia University (James Kent Scholar (highest honor) and Walther Gelhorn Prize (valedictorian) in 2003, and his Licentiaat in de Rechten from the Catholic University Leuven in 1995. He is admitted to practice in Brussels and is a solicitor of the High Court of Hong Kong.

He speaks English, French and Dutch.