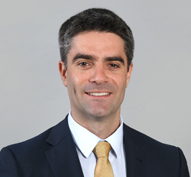 Mark Goldman is an associate in the Los Angeles office of Gibson Dunn, where he practices in the firm’s Corporate Department. He advises companies, private equity and venture capital firms and investment banks in mergers and acquisitions, equity investments, joint ventures and general commercial agreements.

Prior to joining Gibson Dunn, Mr. Goldman was a transactional lawyer with Herzog, Fox & Neeman in Israel, and previously with Clayton Utz in Sydney, Australia.

Mr. Goldman received an M.A. in Government from the Interdisciplinary Center Herzliya (Israel) in 2010. He received an LL.B. and B.Com. from the University of Western Australia in 2005.

Mr. Goldman is admitted to practice law in the State of California, Israel and New South Wales (Australia).

*Includes representations prior to Mr. Goldman’s association with Gibson Dunn.

Publications - July 8, 2020 | Down round and cramdown financings: a guide
Top