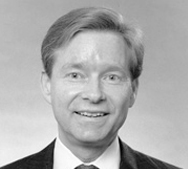 Donald Harrison, a partner in the Washington, D.C. office of Gibson, Dunn & Crutcher, joined the firm in 1988.  His area of concentration is international trade matters, including representation and advice concerning the antidumping and countervailing duty laws and other United States import relief statutes.  Mr. Harrison also focuses on United States customs matters, including customs classification and valuation issues, country of origin marking issues, customs audit and penalty matters, quota programs, and specialized areas such as the North American Free Trade Agreement, the foreign-trade zone program, and the Generalized System of Preferences.  He is also actively involved in legislative developments in the trade area. Mr. Harrison was ranked by Chambers USA: America’s Leading Lawyers for Business as one of the top attorneys in the nation for international trade and customs law. He was also recognized in the 2022 and 2023 editions of The Best Lawyers in America® publication in the category of International Trade and Finance Law.

Mr. Harrison’s experience includes representing clients in cases and proceedings before the Commerce Department, the International Trade Commission, U.S. Customs and Border Protection (formerly the Customs Service), and the United States Trade Representative’s Office, as well as the Court of International Trade and the Court of Appeals for the Federal Circuit.  Mr. Harrison also represents clients in connection with non-United States international trade matters, including representation in antidumping and countervailing duty proceedings conducted by the Chinese Ministry of Commerce.  He has written and spoken widely on United States trade law and policy, and has been invited by the Commerce Department to speak at programs on recent developments in antidumping and countervailing duty law, and by the Judicial Conference of the United States Court of International Trade in New York to participate as a panelist.

Firm News - December 6, 2021 | Who’s Who Legal 2022 & 2021 Guides Recognize Seven Gibson Dunn Partners
Firm News - January 30, 2020 | Who’s Who Legal Names 12 Partners to Practice Guides for Trade & Customs, Arbitration and Restructuring & Insolvency
Firm News - August 15, 2019 | Gibson Dunn Lawyers Recognized in the Best Lawyers in America® 2020
Client Alert - July 30, 2008 | U.S. Customs Proposes Substantial Change in Its Country of Origin Rules
Top
This website uses cookies to provide analytics on user traffic. By continuing to browse our website, you consent to our use of cookies as set forth in our Cookie Policy. However you may visit Cookie Settings to customize your consent.
Cookie SettingsACCEPT
Privacy & Cookies Policy