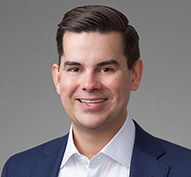 James Hays is a Partner in the Houston Office of Gibson, Dunn & Crutcher, where he is a member of Gibson Dunn’s Investment Funds practice group.

Mr. Hays has extensive experience with the organization and operation of alternative investment funds in Luxembourg and the set-up of fund distribution platforms in Europe. He frequently advises some of the largest alternative asset managers on European regulatory matters, including with respect to the AIFMD, the CBDF, and the SFDR. Mr. Hays is a leading voice in the United States for Luxembourg fund formation and is frequently sought by organizations such as the American Investment Council, the Association of the Luxembourg Fund Industry, and the Luxembourg Private Equity and Venture Capital Association to speak on the same. His published works include a series of coauthored articles for The Investment Lawyer regarding the establishment of funds in Luxembourg. In 2019, the Texas Lawyer recognized Mr. Hays as a lawyer “On the Rise.”

Mr. Hays is admitted to practice in New York and Texas.