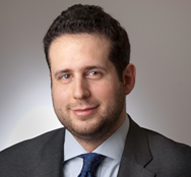 Yannis Ioannidis is an associate in the Brussels office of Gibson, Dunn & Crutcher. He is a member of the firm’s Antitrust and Competition Group.

His practice encompasses all areas of competition law and focuses particularly on State aid, where he has experiences in various business sectors such as infrastructure, telecommunications, rescue and restructuring aid to banks, and in the field of games of chance. He has experience also in EU public procurement law and general EU administrative law.

A member of the Athens Bar and a Registered European Lawyer at the Brussels Bar, Mr. Ioannidis graduated with a LL.M (with distinction) from Queen Mary, University of London in 2013. He received his law degree from the Kapodistrian University of Athens in 2009.

Mr. Ioannidis is a native Greek speaker. He is also fluent in English and proficient in French.