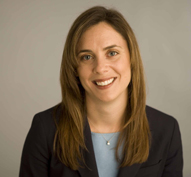 Melanie L. Katsur is Of Counsel in Gibson, Dunn & Crutcher’s Washington, D.C. office.  She practices in the firm’s Litigation Department, and she is a member of the firm’s Antitrust and Competition and Class Action Practice Groups.

Ms. Katsur has substantial experience defending clients in complex commercial litigation matters in state and federal courts, including appellate courts, with a focus on antitrust and class actions.  Ms. Katsur’s antitrust litigation experience includes representing clients in disputes in a range of industries, including financial services and consumer products.  She has represented companies in class actions involving a range of antitrust-based claims, including allegations of price fixing.

Ms. Katsur’s general class action litigation experience includes multi-district litigation, actions in state and federal courts (both trial and appellate), and the representation of clients in a wide variety of industries, such as insurance, consumer products, securities, and healthcare.

Ms. Katsur also has represented companies confronting investigations by regulatory authorities, including the U.S. Department of Justice, with parallel lawsuits filed by state attorneys general and the private class action bar.  In addition, she has significant experience representing clients before arbitration panels.

Ms. Katsur is a member of the firm’s Pro Bono and Diversity Committees, and she previously served on the firm’s Hiring Committee.  In 2014, the Gibson Dunn Pro Bono Committee awarded Ms. Katsur with the Frank Wheat Memorial Award for her outstanding achievements and commitment to pro bono initiatives.  The Frank Wheat Memorial Award is given annually to the individual lawyer and team that demonstrated leadership and initiative in their pro bono work, obtained significant results for their pro bono clients, and served as a source of inspiration to others.

Ms. Katsur is admitted to practice in the Commonwealth of Pennsylvania and the District of Columbia, as well as numerous federal district and appellate courts, including the United States Supreme Court.