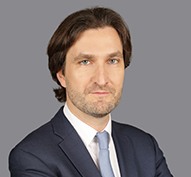 Patrick Ledoux is a partner in the Paris office of Gibson, Dunn & Crutcher where he is a member of the firm’s Mergers and Acquisitions and Private Equity Practice Groups.

Mr. Ledoux’s practice is focused on corporate transactions, including mergers, acquisitions and disposals, as well as securities-related transactions.

Legal 500 EMEA 2022 recommends Mr. Ledoux for Mergers and Acquisitions (tier 3) and describes him as a key-practitioner. Previous editions highlighted how “highly considered” he is. Best Lawyers in France also consistently recommends him for Corporate law.

Mr. Ledoux joined Gibson Dunn in November 2006 from the Paris office of a U.S. law firm where he had practiced for eight years.