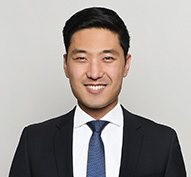 Christopher Lee is an associate in the Orange County office of Gibson, Dunn & Crutcher, where he currently practices in the firm’s Corporate Department.  His practice focuses on mergers and acquisitions, and his experience includes representation of public and private companies in general corporate governance matters and complex business transactions.

Prior to joining Gibson Dunn, Mr. Lee practiced with Latham & Watkins.  Mr. Lee is admitted to practice in California.