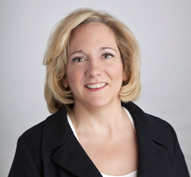 Ms. Lee was selected by Chambers Global: The World’s Leading Lawyers for Business as an international leading lawyer for USA International Trade: Export Controls and Economic Sanctions from 2016 – 2022. Chambers and Partners also selected Ms. Lee as a Leading International Trade Lawyer in 2007 – 2022 in its Chambers USA: America’s Leading Lawyers for Business Guide and she is listed in the Best Lawyers in America® guides for 2006 – 2023 for International Trade and Finance Law.  She is included in The International Who’s Who of Trade and Customs Lawyers for 2009 – 2013 and The International Who’s Who of Business Lawyers 2012.  Ms. Lee is included in Euromoney’s 2018 and 2020 Best of the Best USA Expert Guides as one of the world’s top 30 practitioners of international trade law, as well as in their 2007 and 2008 “Guide to the World’s Leading International Trade Lawyers,” U.S. Section.  In 2006, Ms. Lee was named by the Washington Business Journal as one of the Best Lawyers in the Washington, D.C. area for International Trade and Finance Law and has been named continually over the years by The Washington Post as one of Washington D.C.’s Super Lawyers, and by Washington Post Magazine in 2014 as a Top Attorney.  Ms. Lee was chosen by the Ethisphere Institute as one of two of the 2013 “Attorneys Who Matter” in the field of Trade/Export Compliance, on the basis of counsel “who are best prepared to handle any issue around their particular specialty.”  As well, she has won individual awards for Blockchain Technology Sector Lawyer of the Year in Washington, DC for the last seven years, Corporate USA Today and Global 100, and in 2021 from Legal 100.  She also won these awards from a number of other publications including M&A Today, Corporate International Magazine, and Global Law Experts.