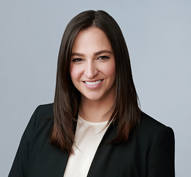 Rachel Levick is a partner in the Washington, D.C. office of Gibson, Dunn & Crutcher.  She practices in the firm’s Litigation Department and is a member of the Environmental Litigation and Mass Tort Practice Group.  Ms. Levick has represented clients in a wide range of federal and state litigation, agency enforcement actions, cost recovery cases, and administrative rulemaking challenges.  She was named by Best Lawyers as “One to Watch” in Environmental Litigation for 2022 and 2023.

Ms. Levick was an associate at Gibson Dunn from 2013 to 2014.  From 2014 to 2016, she served as a law clerk to the Honorable Amy Berman Jackson of the United States District Court for the District of Columbia.  She rejoined the firm in 2016.