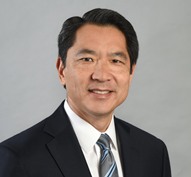 Mr. Masuda is a member of the firm’s Mergers and Acquisitions, Private Equity, and Sports Law Practice Groups.

Representative transactions* include representations of: SpringHill Entertainment in significant capital raises and merger with Uninterrupted; Square, Inc. in its acquisition of a majority stake in TIDAL; Eros International in its merger with STX Entertainment; the independent directors of DreamWorks Animation in the sale of DreamWorks Animation to NBCUniversal for $3.8 billion; Beats Electronics and Beats Music in various equity and debt financings and the companies’ $3 billion sale to Apple; Hackman Capital Partners in the acquisition of CBS Television City and certain studio operations for $750 million; Klutch Sports Group in a significant investment by, and in a partnership with, United Talent Agency; MGM Resorts International in the acquisition of the Borgata Hotel Casino & Spa in Atlantic City and in a strategic joint venture with GVC Holdings for sports betting and online gaming; Ladder, a nutritional supplement company founded by LeBron James and Arnold Schwarzenegger, in its formation and sale to Openfit; Eros Innovations in its joint venture with Mike Tyson and the formation of the Legends Only League; Talento Uno Music in a sale to Saban Music Group; 88Rising in capital raises and related strategic matters; Deluxe Entertainment Services Group and its parent, MacAndrews & Forbes Incorporated, in various acquisition transactions of post-production companies and services agreements; Wasserman Media Group in the rollup of various sports agencies (10+); Independent Sports & Entertainment in equity investments and debt transactions; Hugh M. Hefner and his trust in the sale of the Playboy Mansion and to the sale of his interest in Playboy Enterprises; NTWRK,, a content company focused on e-commerce sales and hosted by celebrities, in its formation and capital raises; Cannery Casino Resorts, the Ruffin Companies, Fertitta Gaming, the Nine Group, and private equity funds in acquisitions, investments, restructurings, and other strategic transactions in the gaming industry; United Talent Agency, ICM Partners, and Paradigm Talent Agency in restructurings, employment agreements, and general corporate matters; Nederlander Concerts, a leading concert promoter, in various strategic venue transactions; The Yucaipa Companies in various PIPE transactions, private investments in media and entertainment companies, and restructuring transactions; Universal Music Group and Universal Music Publishing Group in various strategic transactions, including the acquisition/formation of music labels and music management companies (20+), venture capital/strategic investments, and various acquisitions and dispositions of business lines and assets; investors in purchasing interests in major sports franchises (Los Angeles Lakers, Golden State Warriors and Boston Red Sox); and the San Diego Chargers in the team’s Los Angeles relocation.

Mr. Masuda was recently ranked by Chambers USA as a leading corporate M&A practitioner, as well as a leading transactional Media and Entertainment practitioner and described as “extremely knowledgeable, exceptionally responsive and an excellent strategic thinker.”  Mr. Masuda was selected by his peers for inclusion in the 2023 and prior editions of The Best Lawyers in America© in the area of Corporate Law.  He was also recognized in Variety’s 2021 and prior Legal Impact Reports and Dealmakers Impact Reports as one of the top attorneys in entertainment and media. In 2019 and prior years, the Los Angeles Business Journal named him among its Most Influential Minority Attorneys in Los Angeles, featuring 62 “stellar minority attorneys in the LA region.”  Mr. Masuda was also listed in The Hollywood Reporter’s 2021 and prior Power Lawyers List, which features 100 of the most influential entertainment attorneys in the industry, and was featured in Law360′s Dealmakers Q&A.

Mr. Masuda serves on the Board of Advisors for the Ziffren Center for Media, Entertainment, Technology and Sports at UCLA School of Law.  He also served as president for five years of the Society to Aid the Retarded Inc., a non-profit corporation that provides housing and other services to mentally challenged adults and is an adjunct professor of law at Loyola Law School, where he teaches mergers and acquisitions.

*Includes representations prior to Mr. Masuda’s association with Gibson Dunn.