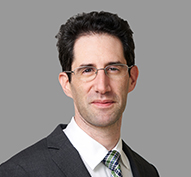 Saul Mezei is a partner in the Washington D.C. office of Gibson, Dunn & Crutcher and a member of the firm’s Global Tax Controversy and Litigation Practice Group.  His practice spans the federal tax controversy area and focuses on international tax and transfer pricing.  He has substantial experience advising clients at all stages of federal tax controversy, from audit and administrative appeals to trial and judicial appeals.

Mr. Mezei’s clients turn to him for counsel on a wide range of tax controversy matters, including international transfer pricing, foreign tax credits partnership tax, employment taxes, and civil penalties.  He also advises on a variety of other complex domestic and international issues.

For three consecutive years The Legal 500 has named Mr. Mezei to its list of Next Generation Partners in the Tax category.  Mr. Mezei also has been recognized as a Rising Star by Law360.

Mr. Mezei is an adjunct professor in the Graduate Tax Program of Georgetown University Law Center, where he currently teaches “Survey of Transfer Pricing.”  He also taught a transfer-pricing course in Georgetown University Law Center’s inaugural Saudi Tax Leaders Program, an intensive program designed specifically for leaders in the Kingdom of Saudi Arabia’s tax and customs authority.  He previously taught a class on administrative and litigation procedure.  He is a co-author of “Transfer Pricing: Litigation Strategy and Tactics,” Bloomberg Tax, Transfer Pricing Portfolio 6932.

University of Baltimore - 1999 Bachelor of Arts