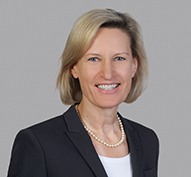 ​Angelika Niebler is an of counsel in the Munich office of Gibson, Dunn & Crutcher.  She is a member of the firm’s Media, Entertainment and Technology and the Privacy, Cybersecurity and Data Innovation Groups.

Ms. Niebler focuses on providing legal and strategic advice on European and international law to companies with European and global interests.

Prior to joining Gibson Dunn, Ms. Niebler practised at different international law firms with focus on IT and Media.  Since 1999, she is Member of the European Parliament.

Since 2009, she is lecturing at the Faculty of Business Administration at the University of Applied Sciences Munich, where she has been appointed honorary professor in 2016.