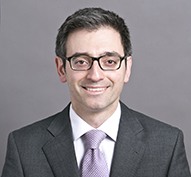 Ali Nikpay serves as Co-Partner-in-Charge of the London office at Gibson, Dunn & Crutcher and is a Co-Chair of the firm’s Antitrust and Competition Group. He is regularly cited as one of Europe’s leading competition practitioners, with more than 25 years of EU and UK merger control and antitrust experience in both the private and public sectors.

In 2021 Chambers described Ali as “the lawyer you want at your side when it really matters”. In 2019 The Lawyer selected Ali, for an unprecedented second time, as one of its “Hot 100” in 2019 stating “few other practices can say they have dealt with more high-profile competition cases over the past three years.” In 2018, in an opinion piece, the editor of The Lawyer, Catrin Griffiths, described him as “arguably one of the most significant hires” by a firm in the London market. In 2017, the Financial Times named him among the Top 10 Innovators in Europe at the 2017 FT European Innovative Lawyer Awards, which recognized the “ten original legal thinkers in a fast moving world.” In 2016, Ali was described by the UK’s leading broadsheet newspaper (the Daily Telegraph) in an editorial as “one of the world’s preeminent experts in European competition law.”

Under his leadership, the Gibson Dunn London competition team has become one of a handful of “destination practices” for many of the most significant and sophisticated clients in the world on “bet the company” matters including for UBS, Walmart, Viagogo, Asda, Marriott, Kimberly-Clark, Schlumberger, LKQ Corp, Energizer, and Ladbrokes Coral.

Prior to joining Gibson Dunn, Ali served at both the European Commission’s DG for Competition (DG COMP) and the UK’s competition authority. At DG COMP Ali acted as legal/policy advisor to case-teams in over 50 antitrust and merger cases. He was also lead case-handler for a number of high-profile competition and merger cases. In addition he was actively involved in the initiatives which reformed the EU’s policy on vertical agreements and non-cartel horizontal agreements.

During his time at the UK competition Authority, Ali held a number of important positions including Senior Director for Merger Decisions, Senior Director of its Cartels and Criminal Enforcement division and Senior Director of Policy International (in which capacity he interacted with senior officials at agencies in the U.S., the EU, Japan, South Korea, Australia, Canada etc). He was also a member of the authority’s highest decision-making organ, its Executive Committee.

He is currently Vice-Chair of the London School of Economic’s governing Council. He has also served on the Confederation of British Industry’s Competition Panel and on several occasions appeared before the House of Lords Select Committee on the European Union.

Ali teaches competition law at University of Oxford and was a Visiting Fellow at the London School of Economics and Political Science (LSE).