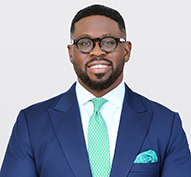 Samuel Ogunlaja is a partner in the Abu Dhabi and Dubai offices of Gibson, Dunn & Crutcher, and a member of the Energy and Projects & Infrastructure practice groups. His practice focuses on advising sponsors, governments, government-owned entities and financial institutions on a range of energy and infrastructure-related transactions, including greenfield and brownfield project development, M&A, carve-outs, restructurings, capital markets transactions and other corporate and commercial matters. Mr. Ogunlaja has worked with a wide variety of clients across a range of matters in the energy sector including award winning deals in the UAE, Saudi Arabia, Egypt, Israel and South Africa.

In addition to his practice in the Middle East, Mr. Ogunlaja is very active on Africa-related matters and has experience acting on a range of transactions across the Continent. He also co-led the Africa group at his previous firm.

Mr. Ogunlaja is a thought leader in the energy sector, having published articles, spoken at international conferences and lectured at universities on energy-related matters, particularly concerning Africa and the energy transition. In recognition of his accomplishments and leadership within the sector, he was named as Law360’s 2022 Global Rising Star for Energy.

Mr. Ogunlaja is also a passionate advocate for diversity, equity and inclusion and is a leader in this space. Mr. Ogunlaja pioneered the Black Lawyers Matter and Black Undergraduate Internship and Lawyer Development (BUILD) Programs at his previous firm, and he works with a number of organizations to help create opportunities for access and advancement for Black lawyers and those from socially disadvantaged backgrounds.

Mr. Ogunlaja is admitted to practice in England and Wales.