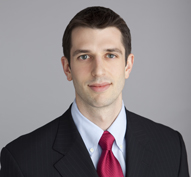 Alexander L. Orr is a senior corporate associate in the Washington, D.C. office of Gibson, Dunn & Crutcher where his practice focuses primarily on mergers and acquisitions.

Mr. Orr has been named a Rising Star by Super Lawyers each year since 2017, and in Best Lawyers: Ones to Watch in America, for his work in mergers and acquisitions.

Selected representations include the following:

Mr. Orr is admitted to practice in the Commonwealth of Virginia and the District of Columbia.