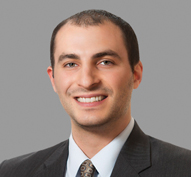 Steve Pet is an associate in the Washington, DC office of Gibson, Dunn & Crutcher and a member of the firm’s Antitrust and Competition Practice Group.

Mr. Pet advises clients on all aspects of antitrust law, with a focus on merger and non-merger investigations before the Federal Trade Commission and the Department of Justice, antitrust counseling, and complex private and government antitrust litigation. Mr. Pet’s antitrust experience spans a wide range of industries, including healthcare and pharmaceuticals, energy, transportation, and technology.

Mr. Pet currently serves as Vice Chair of the ABA Antitrust Section’s Agriculture and Food Committee.  Before law school, Mr. Pet was an Honors Paralegal at the Federal Trade Commission’s Bureau of Competition, where he spent time working at the staff level and in the Bureau Director’s Office. Among other matters, Mr. Pet was actively involved in the FTC’s successful challenge to the proposed $3.5 billion merger of Sysco and U.S. Foods.

Mr. Pet is admitted to practice in the District of Columbia.