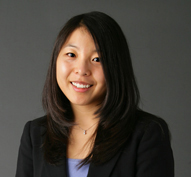 Jennifer J. Rho is an of counsel resident in the Los Angeles office of Gibson, Dunn & Crutcher. She practices in the firm’s Litigation Department and Intellectual Property Group, where she focuses on intellectual property and complex litigation matters with a high tech focus. She has successfully represented leading companies in consumer electronics, communications, biotechnology, medical device, video game, and social networking technologies, among others, in federal courts across the United States. She also has significant experience litigating patent infringement and trade secrets issues in the U.S. International Trade Commission, for areas of technology including semiconductors, consumer electronics, and biologic products.

Most recently, Ms. Rho was recognized in The Best Lawyers in America® 2022 Ones to Watch in Intellectual Property. In 2018, Ms. Rho was recognized by The Recorder as a Next Generation Women Leader in Tech Law. She is presently the Program Chair for the Judge Paul R. Michel Intellectual Property American Inn of Court and serves on the Next Gen Committee of ChIPs. She is committed to increasing diversity in STEM and IP through, for example, her involvement in Girls Who Code.