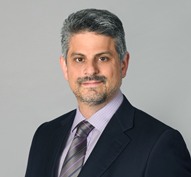 Jesse Shapiro is a partner in the Los Angeles office of Gibson, Dunn & Crutcher.  He is a member of the firm’s Real Estate Department.  Most recently, Mr. Shapiro was ranked in the 2021 and 2022 editions of Chambers USA for Real Estate.  Recognized by The Best Lawyers in America for his work in real estate law, Mr. Shapiro was recently named “Lawyer of the Year” for 2020 as one of the leading real estate lawyers in America.  He has also been named a Southern California Super Lawyer from 2014-2019, and in 2013, both SuperLawyers and Law360 named him a ‘Rising Star.’  Law360 designated him as one of its six “Rising Star” Real Estate attorneys under 40 to watch nationwide.

Mr. Shapiro is admitted to practice law in the States of California, New York and New Jersey.

University of Pennsylvania - 1996 Bachelor of Arts

Firm News - August 19, 2019 | 12 Gibson Dunn Partners Named Lawyers of the Year
Firm News - August 15, 2019 | Gibson Dunn Lawyers Recognized in the Best Lawyers in America® 2020
Webcasts - September 6, 2017 | Webcast: Enforcing Security Interests Outside of Bankruptcy: Remedies Under the Uniform Commercial Code
Publications - January 27, 2016 | Webcast – Real Estate Lending Structures and their Bankruptcy Drivers; Understanding How We Got Here
Top
This website uses cookies to provide analytics on user traffic. By continuing to browse our website, you consent to our use of cookies as set forth in our Cookie Policy. However you may visit Cookie Settings to customize your consent.
Cookie SettingsACCEPT
Privacy & Cookies Policy